Call to Worship for Memorial Day 2020


Hello, I am Michelle Paquette, and my pronouns are she/her/hers.

In 1975, I stood before others, right hand raised, and swore an oath:

I do solemnly swear that I will support and defend the Constitution of the United States against all enemies, foreign and domestic; that I will bear true faith and allegiance to the same; that I take this obligation freely, without any mental reservation or purpose of evasion; and that I will well and faithfully discharge the duties of the office on which I am about to enter. So help me God.

Millions of others have sworn that or very similar oaths, marking the beginning of their military service.  We each have our own reasons for going into military service, whether for patriotism, a drive to be of service to our society, for self-improvement, or simply to learn work skills.

In taking that oath, we are dedicating ourselves, our lives to something greater than ourselves, the Constitution that bound our country together and serves as a guiding set of principles for our land and those who live here.  We agree to defend these principles against all enemies, foreign and domestic, who might seek to deny or subvert them, and to carry out our duties in this greater task faithfully. 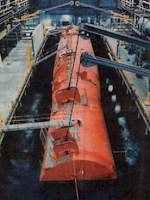 I undertook these tasks, like so many others have.  The work was often hard, but the support we gave one another as a team working for a common cause was remarkable and uplifting.  I have fond memories of that time, including my years as an instructor, and my time on board the USS Parche, a fast attack submarine which at decommissioning was the most highly decorated vessel in US Naval history, with nine Presidential Unit Citations, ten Navy Unit Commendations, and thirteen Navy Expeditionary Medals.

I eventually completed my military obligations and returned to civilian life, older and perhaps wiser.  Not everyone who enters military service has that privilege.

Tomorrow, the last Monday in May, is Memorial Day, a day set aside for honoring and mourning the military personnel who had died while serving in the United States Armed Forces.  These people took an oath, dedicating their lives to something greater then themselves, and lost their lives in that service.  Whether they died from hostile action, or something as prosaic as a vehicle accident doesn’t really matter.  They never had a chance to complete their obligations and return to civilian life, but lost their life in service to our country.

For some, Memorial Day is a day of picnics, perhaps holiday sales next year, or a Monday off of work.  For others, this is a day of tears and mourning, for friends or family we will never see again. 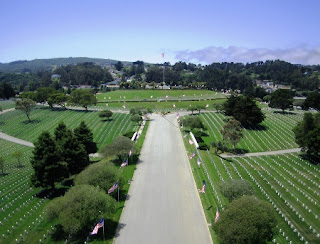 We may differ as to whether or not their service was the right choice, or whether the tasks they were assigned were just or worthy.  They swore an oath to carry out their duties, without any mental reservation or evasion, and they died while carrying out those duties.  They each were being faithful to something greater than themselves, and they lost their lives in doing so.

Please keep them in mind today and tomorrow, as we worship together.
Posted by Michelle Jean Paquette at 2:44 PM No comments:

Dutch Baby With Apple, For 2

My amazing relatives Alyssa and Chris prepared a “Dutch Baby” for their Sunday brunch recently.  The dish is one that I learned a long time ago from Maria, a lovely Hungarian woman who whipped up the most elegant dishes while hardly ever looking at a recipe.  She did have this one written down, flowing longhand on an ancient yellowed recipe card.

Seeing what Chris and Alyssa had made inspired me to try this dish again.  I drew on what I remembered Maria teaching me, along with the New York Times Cooking recipe, and came up with this. 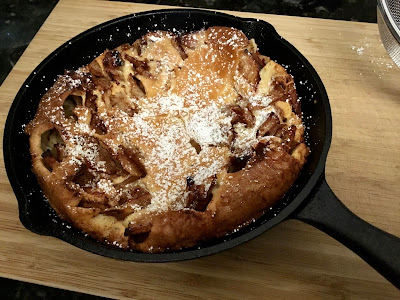 Posted by Michelle Jean Paquette at 11:39 AM No comments:

Email ThisBlogThis!Share to TwitterShare to FacebookShare to Pinterest
Labels: Recipe 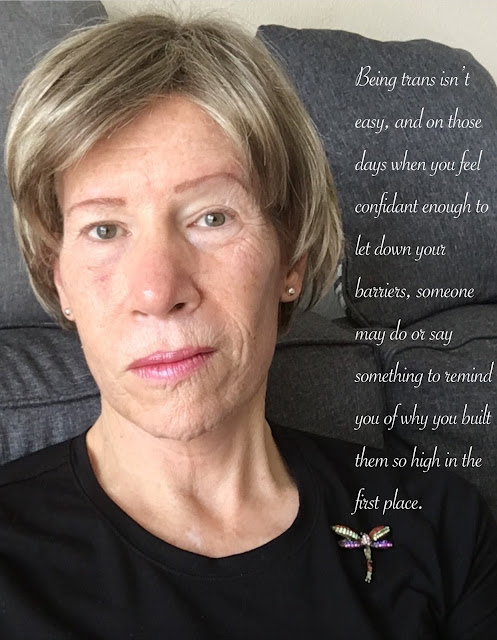 Being trans isn’t easy, and on those days when you feel confident enough to let down your barriers, someone may do or say something to remind you of why you built them so high in the first place.

Posted by Michelle Jean Paquette at 2:10 PM No comments: